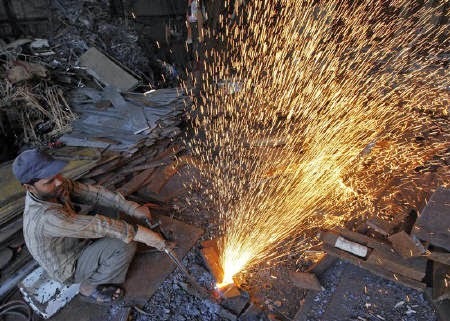 New Delhi,The Minister of State for Mines, Steel and Labour & Employment Shri Vishnu Deo Sai has said that as per the National Sample Survey Organization data, total number of workforce in the country in 2009-10 was 46.5 crore. Out of this about 2.8 crore (6%) were in the organized sector and the balance 43.7 crore (94%) was in the organized sector.  Most of the labour laws are applicable to the organized sector only which comprises about 6% of the total workforce.
In a written reply in the Lok Sabha today, Shri Vishnu Deo Sai said, the Government has prepared a comprehensive proposal to amend the Factories Act, 1948 in order to   bring in labour reforms. The major amendments proposed include:
·          Relaxation of restrictions on night work for women in factories subject to certain conditions
·          Increase in limit of overtime to 100 hours (existing 50 hours) in a quarter
·          Introduction of a new Sub section regarding compounding of offences
·          Provisions of Personal Protective Equipment for safety of Workers/ More precautions against fumes and gases
·          Empowerment of Central Government to make Rules (presently only State Governments make Rules).
The Minister said, in the process of amendments to the Factories Act, 1948, the Government has set up in 2011 an Expert Committee headed by Doctor Narendra Jadhav, then Member of Planning Commission. The Expert Committee had a series of meetings involving the Employees and Workers Associations (Trade Union) in the month of January to March, 2011. The suggestions of the Trade Unions Representatives and Employers Representatives have been considered by the Expert Committee. The report of Expert Committee was also placed in the Public Domain along with the proposed amendments in September, 2011. The draft amendments now proposed by the Government include the outcome of the Inter-ministerial Consultations, comments of the State Governments and views of the Trade Unions Representatives and Employers Representatives expressed during the above meetings.